Written by Sarah Obuchowski on November 23, 2022 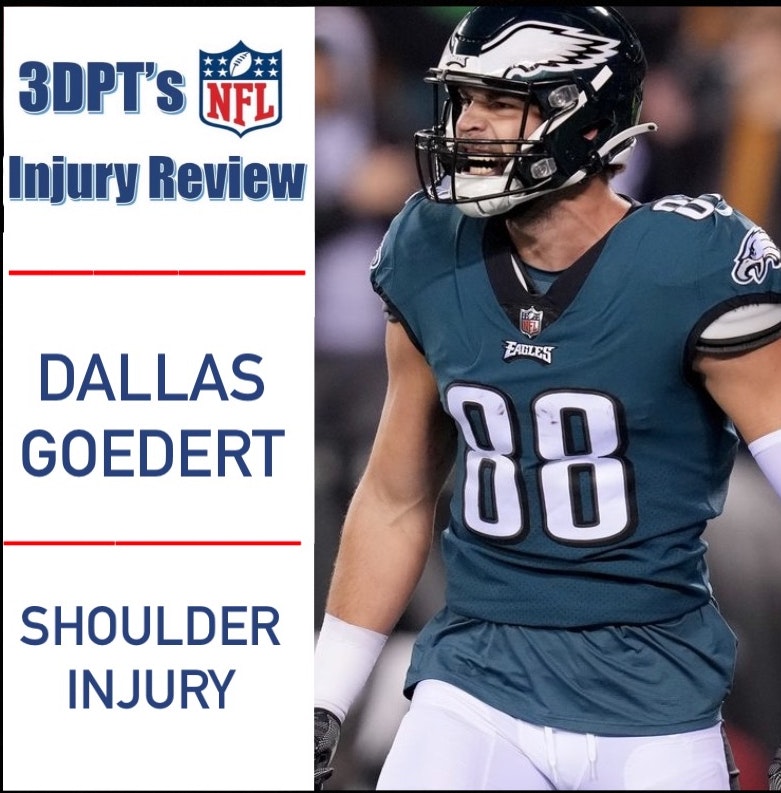 The Philadelphia Eagles have certainly been making a run this season. However, after their game versus the Washington Commanders, their aspirations for a perfect season have come to an end, and a controversial facemask call has led to an injury of one of their key players, Dallas Goedert. Goedert has been placed on the IR for an unspecified shoulder injury, but reports confirm that he should be able to return to play before the end of the regular season.

The shoulder is a very complex part of the body, composed of 4 different joints, meaning an unspecified shoulder injury could be anything. Sprains of ligaments that range from mild to severe can take a few weeks to months, and the more severe ligament sprains can require surgery to correct. Muscle strains usually heal quicker than injuries involving ligaments. Because Goedert is likely to return by the end of the season, whatever the injury may be, he likely does not require a major surgery, as recovery after ligament or muscle repairs usually takes several months rather than several weeks. Regardless of the muscle/joint involved, Goedert is without a doubt participating in physical therapy. For shoulder injuries, the major goal is maintaining mobility and promoting stability. The shoulder joint requires a lot of motion, and if it’s lacking it in one place, it will compensate in others, leading to greater risk of injury in the future. For strength and stability, focus will be on building up the muscles of the rotator cuff muscles throughout the shoulder’s range of motion to prevent re-injury upon return. Strength gains typically take about 6-8 weeks to see meaningful improvements so it may take several weeks for Goedert to be back, but it is likely that he will return in time for the Birds to make their playoff run!

In this video, the 3DPT demonstrates a few exercises that could be incorporated into a rehab program for a shoulder injury.