Written by Matt Vassalotti on November 8, 2019 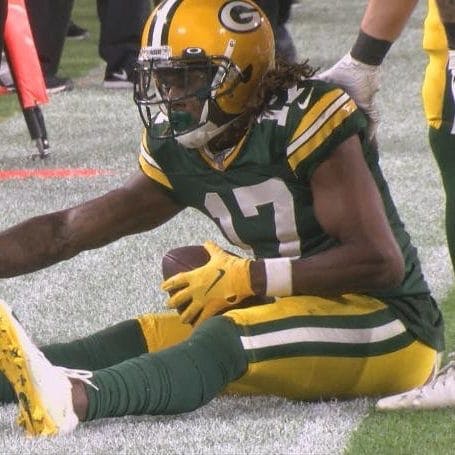 Week 9 was an unfortunate one for the Philadelphia Eagles and Desean Jackson!  Jackson only played for a few minutes of the game last week and unfortunately re-aggravated his core muscle injury – an injury we discussed last week. This highlights the importance of proper rehab and ensuring full recovery prior to returning to sport, as now he will have to have surgery and will be out for another 6 weeks!

This week we will be highlighting an injury called “turf toe.” Davante Adams of the Green Bay Packers has been dealing with this injury for much of the early part of the season and was finally able to return to game play this week. It may seem odd to be out for a long period due to a toe injury, but this can be a painful one with a lot of force going through the joint with each step.

Turf toe was originally described in 1976 coinciding with the emergence of more sports being played on artificial grass surfaces. This combined with new shoes being more flexible puts increased force through the joints of the feet. The big toe takes a lot of stress with each step which can lead to a tear of the ligaments on the bottom of the toe. These ligaments are there to support the big toe and prevent it from moving into too much extension. As with any ligament injury there are 3 grades of injury. A grade 1 typically requires just rest with no impact through the joint. This can heal within a week or 2 of proper treatment. A grade 2 is a little more severe and can require a change in footwear to a more stable sole which will decrease joint impact with each step. A grade 3 is the most severe and can require some form of bracing to allow the ligament to heal before working on stretching and returning normal range of motion. It is important to wait until the pain is gone to return to activity level.

For an NFL athlete recovery can be longer due to the intensity of the sport and the forces they experience when running and cutting. Davante Adams missed 4 games waiting for his turf toe to heal and was able to return to action last week. Afterwards he said it didn’t feel 100%, but he was still able to play through it. With millions on the line though, NFL players often push through more pain than would be recommended. If you suspect you may have turf toe, talk to your doctor or physical therapist to prevent risk of further injury.