I Can’t Eat Whatever I Want? 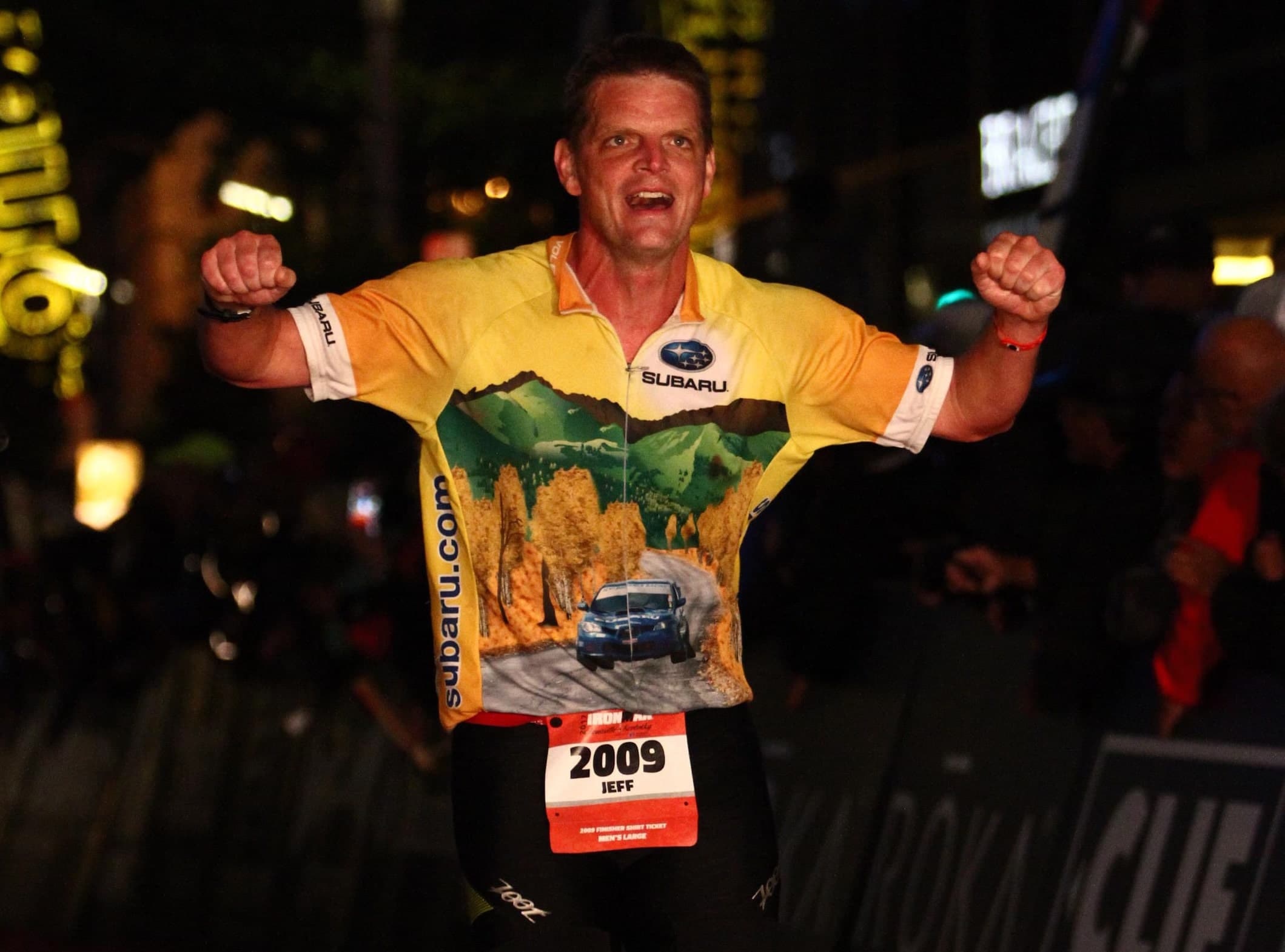 by: Jeff Sallade
I have spent much of the past 15 years training for and competing in endurance races such as marathons and Ironman triathlons. One of the perks of doing this was that I was pretty much able to eat as much food as I wanted. I love food – this was one of my main motivations for doing these races in the first place. It meant I really didn’t have to worry too much about gaining weight.   If I put on a few pounds I could quickly make them go away by training for another race.

I have weighed pretty much the same since I was 18 years old (plus or minus a few pounds). After I finished my last Ironman race in October 2017 though this started to change. I remember driving home from the race in Louisville and stopping at a Pirmanti Brothers Restaurant and ordering a sandwich with kielbasa, perogies, roast beef, fried eggs and cheese, in addition to the fries they pile on top (best sandwich I ever ate!).  I could still eat whatever I wanted with no repercussions, right?  Over the next year however, I slowly put on weight because of my eating habits. To complicate matters, I had to get my left hip replaced in August 2018 because of all these crazy races I had done (click here for that story). My activity level drastically diminished and I knew I needed to do something to stop gaining weight.

In November 2018, I got in touch with dietitian, Lynne Nugent from Know It All Nutrition and asked for her help. When I stepped on the scale at our first session it was an eye opener – I was 20 pounds heavier than what I weighed a year earlier when I raced my last Ironman. Lynne helped me realize what I already knew – I was going to have to change my eating habits if I was going to take off some of the weight I had put on.

Lynne wanted me to start recording everything I ate during the day.  At first I thought there was no way I was going to be able to pull it off – I am not the type of person who is super organized and it would be a big challenge for me to commit to doing something like that. But I took Lynne’s advice and decided I was ”all in” and started recording everything I ate. I used to just devour whatever I wanted without much regard to fat, carbs, and protein and never gave any thought to portion size – I literally just ate as much as I wanted. When I began recording all of my food intake, it made me think about what I was eating and why I was eating it. I had a daily calorie goal and I viewed it as a competition to try to not to go over that number.

Getting into the habit of recording my food turned into no big deal – I kept up with it and became really interested in learning the number of calories and the macro breakdown of the foods I commonly ate. Here are the main things I realized just a week into caring about my nutrition:

Four weeks after my first consultation with Lynne, we met again for the dreaded weigh-in. I was down over 5 pounds from our first visit! It was a big win for me to see that progress. My goal is to lose the 20 pounds I gained and I feel pretty confident that I will make that happen. I have seen the importance of giving consideration to the food I put in my body and the effect it has on how I feel.

I am excited to continue working with Lynne.  The biggest benefit of working with a registered dietitian is that I feel accountable to her. I think it is always easier to accomplish goals when someone else is involved and has an interest in you reaching those goals. I experienced that with my years of training and racing with my friends in my running/triathlon group.

If you can identify with anything that I touched on in this article I would encourage you to seek out the help of a registered dietitian. I never knew my health insurance covered their services, so that was a nice surprise. Below are the names and contact information of 2 registered dietitians that 3DPT knows and trusts (including the one I am using) and would encourage you to reach out and begin the process of learning how you can achieve better health!