Written by Sarah Obuchowski on September 30, 2020 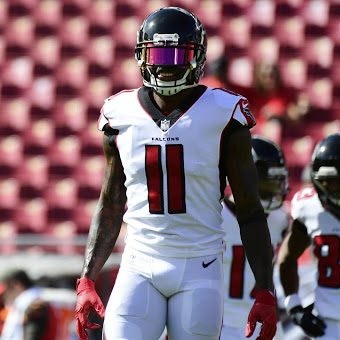 Hamstring strains have been a common theme during this 2020 NFL season. The Atlanta Falcons organization is no exemption, and this specific injury sidelined an integral piece of the Falcon’s offense: Julio Jones. Julio, a key playmaker and veteran on the team, was ruled out minutes before the Falcons’ contest against the Bears this past Sunday after re-aggravating a hamstring injury during the Falcons-Cowboys game during Week 2. It is unknown at this point if he will be cleared for the upcoming game against the Packers because, unfortunately, hamstring strains tend to be very nagging injuries. Julio initially injured his hamstring during the 2020 offseason but was able to play the first few weeks with few limitations, indicating that it was likely a low-grade strain. Low-grade strains are classified as mild, with minor damage to individual muscle fibers but preservation of the muscle as a whole. Strength and flexibility may be impacted but minimally, whereas with higher grade strains, you can expect to have significant loss of function.

Regardless of the severity, hamstring strains have high recurrence rates, meaning that re-injury is likely. Julio is currently dealing with the nagging nature of this injury, and it is unknown at this time if he will be ready to return in time for Monday Night Football. He will be working closely with his rehab team to try to make that deadline. Julio’s treatment plan will focus on addressing strength and flexibility impairments so he can return to sport with minimal risk of re-injury, and manual therapy and other modalities will be used to improve pain level so he can make a quicker return. Emphasis of his program will be on improving eccentric hamstring strength, which is essential for his position as a wideout. Julio is sprinting during the majority of his time on the field, and running requires a LOT of eccentric hamstring strength as your hamstring is used to control your leg as you swing it forward. The recovering hamstring muscle will be put to the test constantly during Julio’s routes so it is crucial for Julio to work with his rehab team to avoid being sidelined by this injury again. Typical exercises to “bulletproof” the hamstrings include hamstring bridges, hamstring curls, and nordic leg curls.

Julio may be able to return as early as this week to football, but he is going to continue rehabbing that hamstring for the remainder of the season. Hopefully he’s back sooner rather than later – the Falcons (and your fantasy team) could really use him!