Written by Matt Vassalotti on September 18, 2019 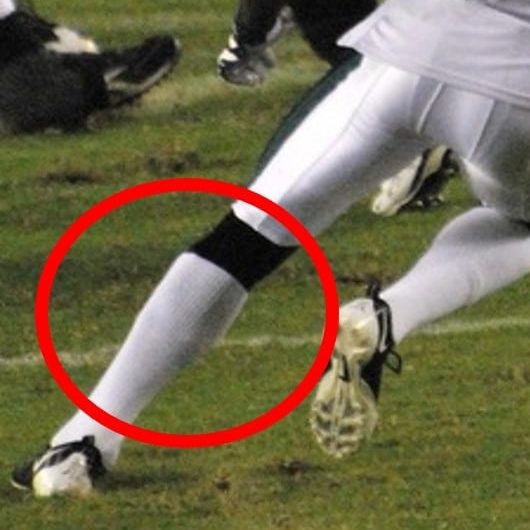 Week 2 was a rough one for injuries especially if you were an offensive player for the Philadelphia Eagles. Not only did Carson Wentz have to leave the game for a bit, most of his top targets were knocked out early. Two players specifically went down with calf injuries, Dallas Goedert in warmups and Alshon Jeffery early in the game. Calf strains are a common injury in sports, but can have varying recovery times. Let’s look into more detail…

Muscle strains in general are common in sports requiring explosive movements, such as football. These movements require a great deal of force transferred through the muscle and if the muscle is not strong enough to handle the force, it can be strained. The calf, along with the hamstring and quad, are muscles commonly injured in this way because they cross 2 joints. The calf, specifically the gastrocnemius, crosses the ankle and the knee. As the knee bends, such as in sprinting, the calf is unable to produce maximal force and is more vulnerable to injury.

There are 3 grades of calf strains based on the severity of the injury. A grade 1 is the least severe with very few muscle fibers involved. Returning to activity usually is possible between 10-12 days depending on the sport and overall healing. A grade 2 calf strain involves a greater degree of muscle fibers and can take up to 3 weeks to recover. A grade 3 injury is a complete tear of the muscle and requires 6 months of healing time following surgery.

Proper recovery is important to prevent further injury as the risk of recurrence is high. Dallas Goedert is proof of this – his calf strain this week was actually a re-injury he suffered in preseason. Fans of the NBA also know how important this can be after seeing Kevin Durant go down with a torn achilles, the same game he returned from a calf injury. Not to say the calf injury specifically led to the achilles tear, but if the calf muscle is not fully healed, it will put added stress on the tendon.

The first step of the recovery is to rest the muscle and remove any unnecessary stress which could include crutches, depending on the extent of the injury. Once pain-free motion through the ankle has been achieved, the athlete can begin strengthening the muscle. This is a crucial stage because the calf muscle requires power to push off, but it also needs to support the weight of the body to control the descent when jumping and slowing down from a sprint. There are many steps to complete before returning to sports activities so it is important to work with an expert to ensure full recovery.

At this time we don’t yet know the extent of the injuries to Jeffery and Goedert, but hopefully we can see them suit up and be back to action in the next several weeks.