Written by Sarah Obuchowski on October 26, 2022 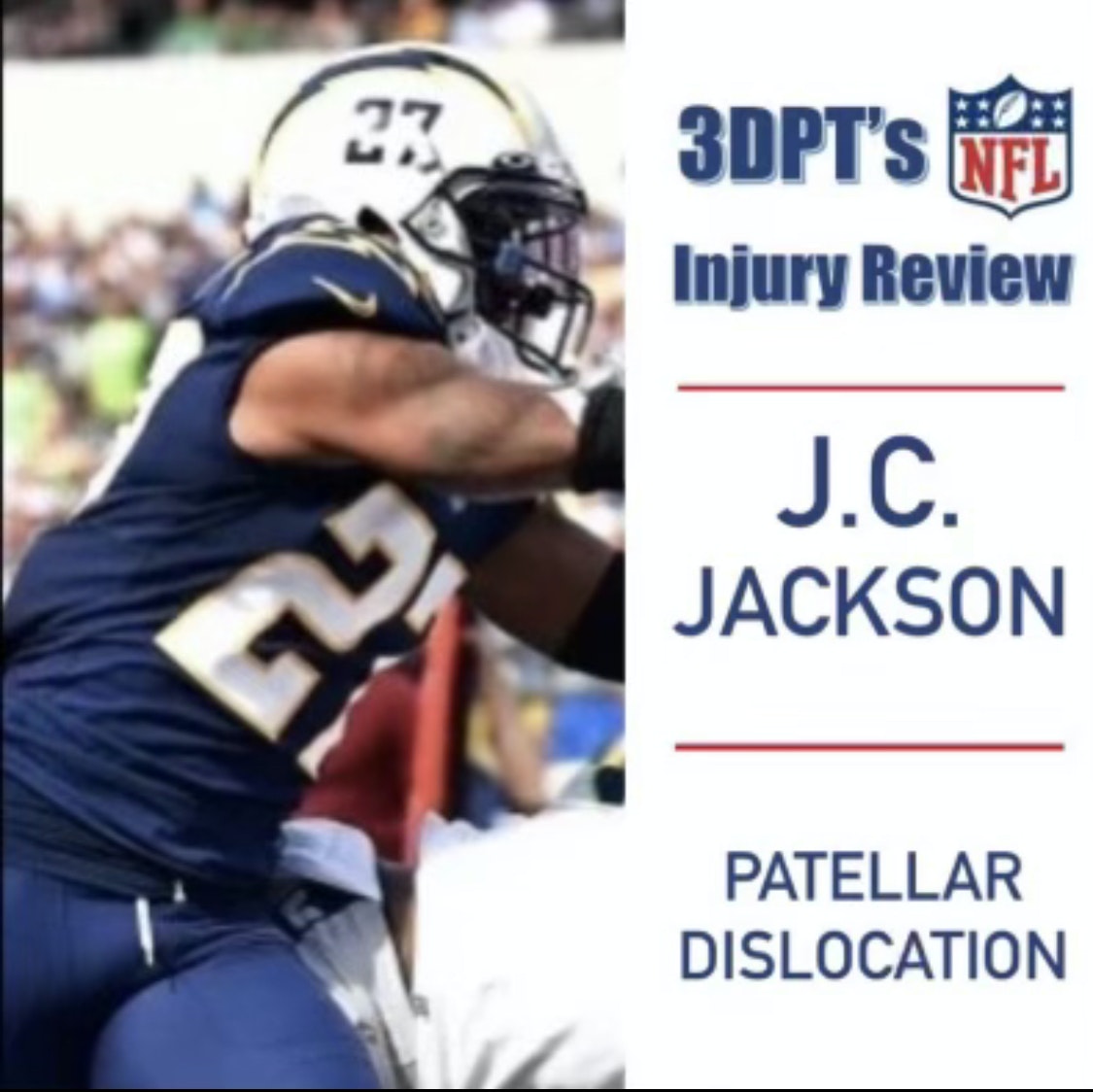 The Chargers have had a bit of a lackluster season compared to last year’s. Injury has not helped this situation, and the Chargers saw the loss of a valuable defensive player this week. During the second quarter of the Chargers vs Seahawks, a key divisional game, cornerback JC Jackson suffered a non-contact knee injury and did not return to play. Reports confirm he is dealing with a dislocated kneecap, and this injury is season-ending. Jackson will likely be undergoing surgery to repair the damaged tissue, likely the MPFL, in the upcoming weeks.

The medial patellofemoral ligament (MPFL) connects the kneecap to the femur, and it is a primary stabilizer of the kneecap. With patellar dislocations, the MPFL can be damaged, even torn completely, which often requires surgery to correct if a person does higher level activities such as running and jumping. A person can expect to spend several months in rehab before he or she can return to normal activities. Whether the person is a high-level athlete or someone who just wants to walk normally again, there is a protocol that limits bending and weight-bearing post-op to allow the ligament to heal. Knee bending will be gradually introduced in the first 6 weeks post-op, and traditional strengthening will become the focus of treatment

sessions at ~7 weeks post-op. The quad muscle itself will be much weaker from the initial trauma to the knee, as well as the surgery, and early efforts will focus on building the quad strength up to assist with functional activities, such as walking, as well as to avoid asymmetry between sides which can contribute to re-injury down the line. Jackson will have plenty of time to work on agility and higher level tasks, as his position requires quick changes of direction, which put the stability of the kneecap at risk, but he should be ready for next season. The Chargers have a tough road ahead – hopefully, they will be able to make some roster moves to fill Jackson’s position.

In this video, the 3DPT demonstrates a few exercises that could be incorporated into a rehab program for patellar (kneecap) dislocation.