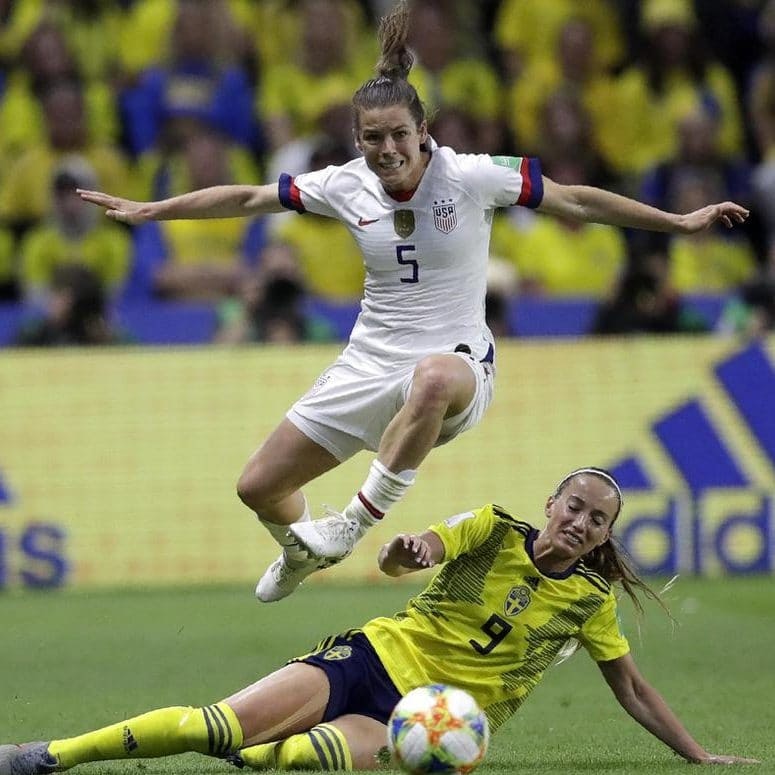 It is estimated that 350,000 Anterior Cruciate Ligament (ACL) reconstructions are performed annually in the United States! (Nesseler et al., 2017) Athletes that participate in high-risk sports – sports that involve a lot of jumping, cutting, and landing – are usually at an increased risk for injury, AND female athletes are generally at a greater risk than males for ACL tears (due to anatomical differences at the hip/knee and differences in biomechanics have been the most cited in the current literature). It is reported that female athletes are “2-8 times more likely to sustain an ACL injury than male athletes,” and the incidence of female to male ACL tears in high-risk sports may be significantly greater at 3.5x greater in basketball and 2.8x greater in soccer (Journal of Orthopaedics, 2016).  The good news is that a comprehensive ACL injury prevention program, like 3DPT’s ACL prevention with REAL Jersey Football Club teams, can train athletes proper form and strengthening to help minimize these risks!

Since injury to the ACL “occurs during dynamic activities that primarily involve cutting and pivoting and can occur during landing after a jump,” it is important that landing and impact activities, through plyometric and agility training, are incorporated into an ACL injury prevention program (Nesseler et al., 2017).   Athletes can be taught how to reduce stress on the ACL ligament through proper biomechanics and proper control while landing in various ways, including increased knee flexion angle at initial contact, increased valgus forces at the knee, decreased rotational stress, and proper trunk control, etc. An ACL prevention program can teach athletes how to compensate and adjust for problematic movement patterns (hyperextension, excessive valgus, or abduction moments attributed to ACL stress, etc.) that may reduce in ACL injury.  Additionally, with improvements in biomechanical control, proper active muscle contraction, and precise neuromuscular timing, an ACL prevention program could assist with knee stability during running, jumping, and cutting or pivoting maneuvers and decrease stress on the ACL.

In week 3 of 3DPT’s ACL Injury Prevention program with REAL Jersey Football club’s 2005 and 2007 girls teams, Drs. Anthony Nguyen and Matt Vassolotti demonstrated and instructed the athletes on correct form for landing after jumps, emphasizing the position of the hips and knees.  Take a look at this video of our athletes trying out some of these moves!