Written by Sarah Obuchowski on December 17, 2020 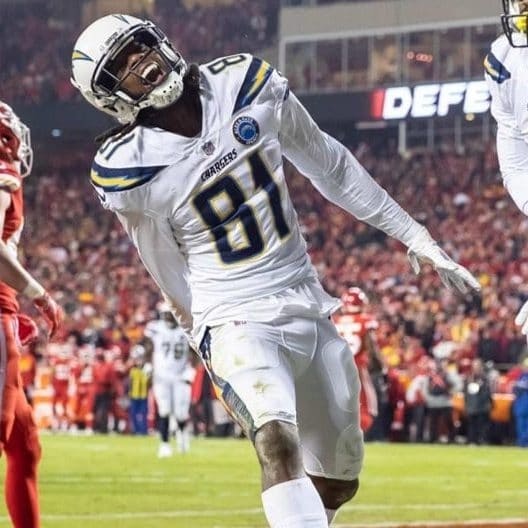 Although the LA Chargers are last in the AFC West, they have had an exciting season with rookie Justin Herbert at the helm. The offense of this team has shown glimpses of promise throughout the season, and Chargers fans are hopeful that the future is bright. The rest of the season, however, may be a different story, especially with the potential loss of wide receiver Mike Williams. During the Week 14 game against the Atlanta Falcons, Williams suffered a hit early, not returning to the game. It is unclear the severity of the injury, or whether he will be back soon, but it has been disclosed that it was a back injury that sidelined Williams. Williams had a previous back injury in 2017, suffering a herniated disc, and also was dealing with muscle spasms in 2019. It is likely that Williams could have aggravated old injuries during the Chargers’ most recent game – his recovery and return depend on the extent of the injury.

Whether he has a disc issue or muscle spasms, Williams will definitely be working closely with his physical therapy team. Manual therapy will be a major component to help Williams manage his injury, and techniques physical therapists specialize in can help Williams manage pain and stiffness. Disc issues specifically can linger if they go untreated, but luckily, movement can be the best form of treatment for pain from a disc. Discs act as shock absorbers between vertebrae, and oftentimes, people believe that a herniated disc, in which the disc protrudes abnormally, is a permanent condition, but in reality, a disc can be influenced by directional movements and positions. Certain manual techniques can “influence” these discs, and the addition of these techniques to an exercise program can help a person maintain the positive changes and relieve low back symptoms. Symptoms include pain, typically in the low back, and radiating symptoms, such as numbness, weakness, and pain, that indicate the disc is intruding on a nerve as it exits the low back. A positive response to treatment means improvements in that radiating pain, and the goal is to eliminate that radiating pain and the pain in the spine. Establishing a neutral spine program will be crucial for Williams. This program puts an emphasis on core strength, as the group of abdominal muscles is essential for stabilizing the spine and decreasing the amount of stress put on the vertebrae and discs. Common exercises include bird dogs, posterior pelvic tilts, and planks, all of which utilize the trans abdominis muscle, or the core muscle that is a great spinal stabilizer. It can take several weeks to improve core strength so it is likely Williams will continue his work with his PT after being cleared to return to play. As long as the aggravated symptoms are mild, Williams can return in as little as one week. However, since the Chargers have no playoff implications, there may not be a rush for him to return.