Written by Sarah Obuchowski on November 4, 2020 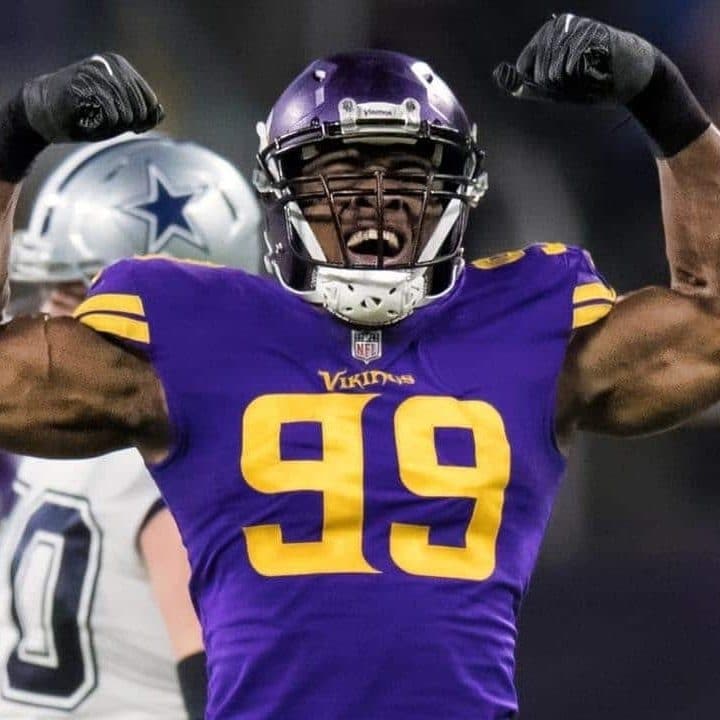 The Minnesota Vikings have had a disappointing season in 2020. Despite the impressive showing against Green Bay that resulted in a win at Lambeau this past week, the Vikings have had one lackluster performance after another. Their defense is very young, and though their rookies have shown promising improvements in defending the passing and rushing game, they are missing their star defensive end on that field. Danielle Hunter, a 2x pro-bowler and major playmaker, has not seen a snap so far this year, and recent reports indicate he won’t make it on the field at all this season. Rumors of an injury began in August during training camp, but it seemed that Danielle would return quickly as Coach Mike Zimmer dismissed the neck injury as a “tweak.” However, as weeks went on, it became clear that Hunter’s injury was more complicated as he was never activated from the IR. There wasn’t much information about his recovery until this week, when it was disclosed the Hunter actually underwent neck surgery to address a herniated disc. He released a statement that he is recovering well and will be ready to play in 2021.

Intervertebral discs separate vertebrae (bones) in the neck and back, and they provide cushioning and shock absorption to the structures around them. Sharp turns or compressive forces, as well as age, can lead to a disc becoming herniated, which means the disc juts out. If the disc protrudes in a certain direction, it may compress a spinal nerve which can be painful and lead to both muscle and sensory symptoms. People often complain of numbness, tingling, and weakness that travels down their leg or arm. Herniated discs can cause symptoms that limit a person’s ability to function, and when symptoms are severe enough that the person does not respond to conservative treatment, surgery is warranted. Hunter’s pain levels and disability caused him to fall into this category. Although it was not disclosed just what type of surgery he had to address this issue, he likely underwent a discectomy, in which the part of the disc that is causing his symptoms is removed. He has already started physical therapy to help him get ready for the 2021 season. Herniated discs are an injury that physical therapists treat very often, even if a person does get surgery. For herniation of discs in the cervical spine, as is the case with Hunter, focus of treatment is on building strength in the neck, upper back, and shoulders. Discs often become damaged due to instability from muscle weakness, and strengthening key muscle groups helps with injury prevention. The hits that are part of football can easily re-aggravate Hunter’s pain so he will work closely with his rehab team to build that stability up. Endurance is equally as important for Hunter as he has to play the full 60 minutes, and there are specific exercises we have up our sleeves to help. A basic exercise Hunter will do is a chin tuck, which looks kind of like a double chin but requires use of muscles that are essential for neck stability, and his program will incorporate exercises that require Hunter to hold that position to build up endurance and stability. He will be able to start game-like exercises at about 16 weeks post-op and will have plenty of time to get ready for OTAs in the spring. Though the Vikings may not be doing too hot this year, they have the return of their pro-bowler to look forward to during the off-season.